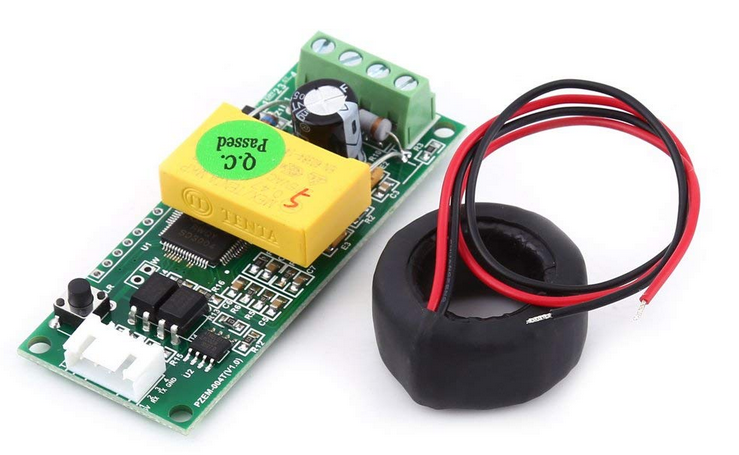 Today and for the end of my internship, i propose this tutorial to connect raspberry pi and 2 Pzem004T together.

All the sources are CC-BY-NC-SA https://creativecommons.org/licenses/by-nc-sa/3.0/fr/

As stated before, the first step is to collect all the values from the Arduino microcontroller, so in order to do that we should use the library <PZEM004T.h>. This library can be downloaded from the webpage: https://github.com/olehs/PZEM004T as a zip package, then it should be added within the Arduino IDE as shown in the picture.

Now, it is time to develop the code in Arduino IDE as follows:

After uploading and testing the code on the microcontroller, it is time to deal with the python script. The Arduino microcontroller should be connected to the Raspberry by using a USB cable.

Before starting with the code, it could be good to know how to create a python file from the Linux terminal. It is done by typing the next command line:

Then to open the file already created, we should type the next command line:

The next screen will appear:

So now, let’s take a look at the code:

After writing all the code and pressing the keys Ctrl + X you will be asked to save it or not. You should press the key y or n and then Enter.

To run the code, we should type the next command line:

Then all the results and messages will appear in the Terminal windows or a message of error will appear if something wrong is inside the code.

The figure below shows all the results got from the two PZEM sensors. The current 1 is 0 due to there is not any current sensor connected to and for that the reason the power 1 is also 0. If there is any problem of communication the value, we will get is -1.

I hope this tutorial can help you,